It was 1992 when Dr. Sergei Shushunov commissioned Jerry Fisk to make a sword. At that time Jerry was already internationally recognised master smith knifemaker, specialising in custom bowie and hunting knives, but he was not even close to being as busy as he became a few years later and if you were lucky he could make a knife in approximately twelve to eighteen months. Prior to 1992 Sergei bought from Jerry a few knives. Sergei was so impressed by Jerry’s craftsmanship, skills, knowledge and professionalism that he knew Jerry was the only person to make it right. They met at a knife show in Atlanta and spent a couple of hours discussing new project. What Sergei wanted was very unusual: a light Russian cavalry sword called shashka. Jerry never made a sword, or any blade longer than 14 inches before that and this was a challenge he could not resist. After returning home Sergei sent him several pictures and a real mass produced inexpensive WWI vintage shashka to learn design and construction. A couple months later Jerry forged and finished beutiful 31 in. long blade in ladder pattern damascus and tested it. The blade was perfect. It cut through a rope like it was butter, it could be bent 40 degrees and return to original shape. It took several more months to make walrus handle, silver guard and pommel and finally leather covered wood scabbard with silver fittings and trim. Now this unique sword is for sale.

To contact seller please email to: info@mountainhuntsupplies.com or call at 847-962-1858 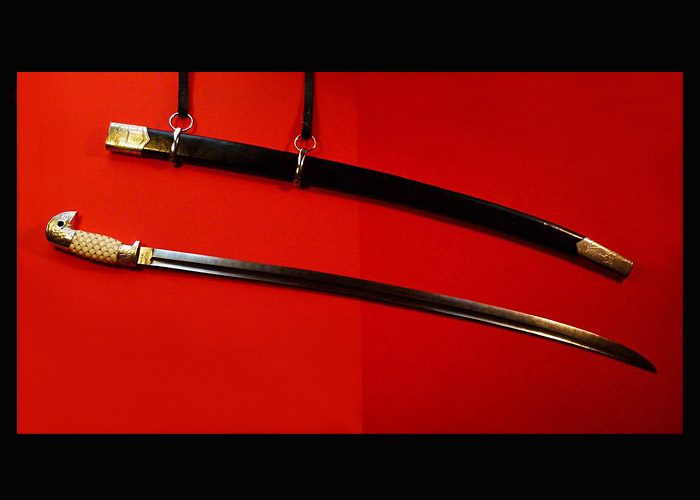 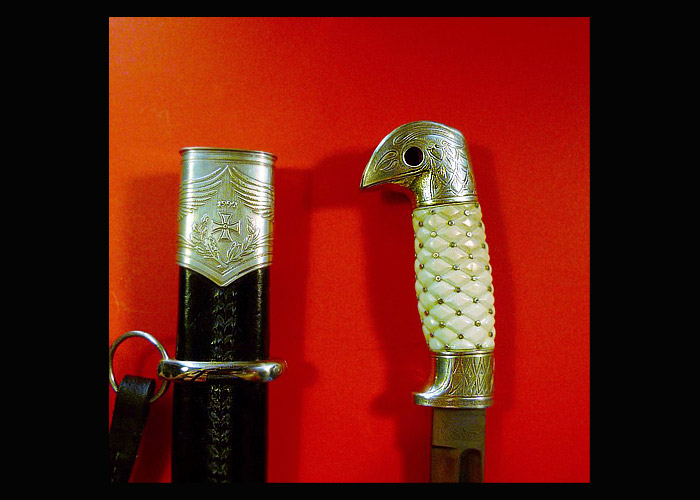 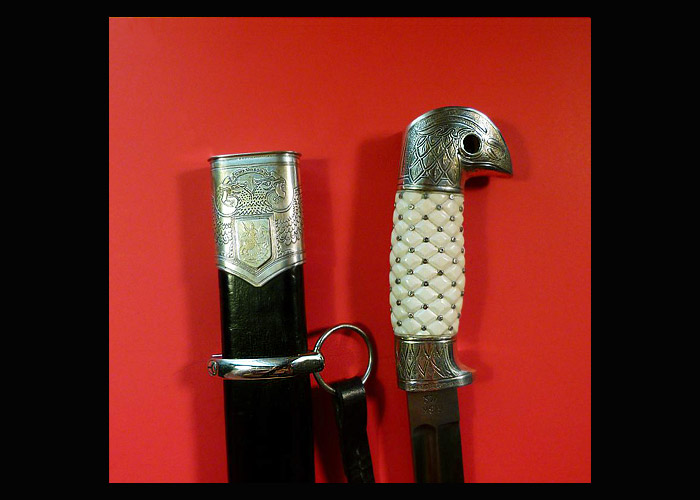 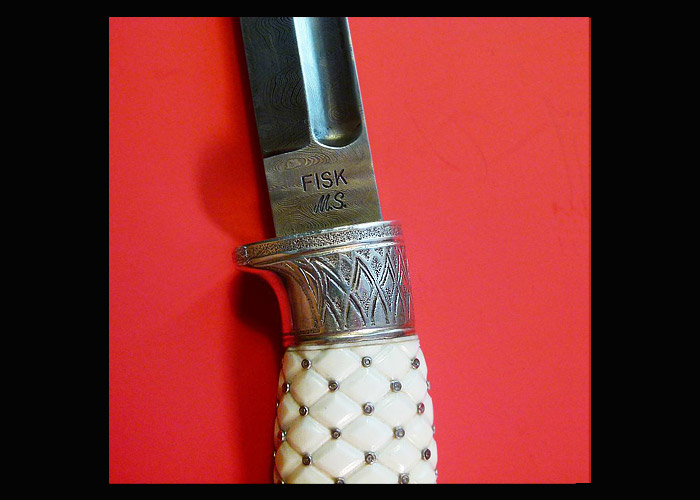 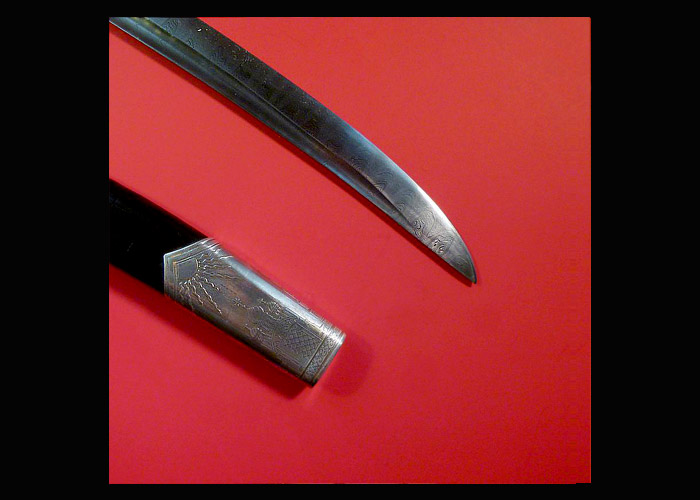 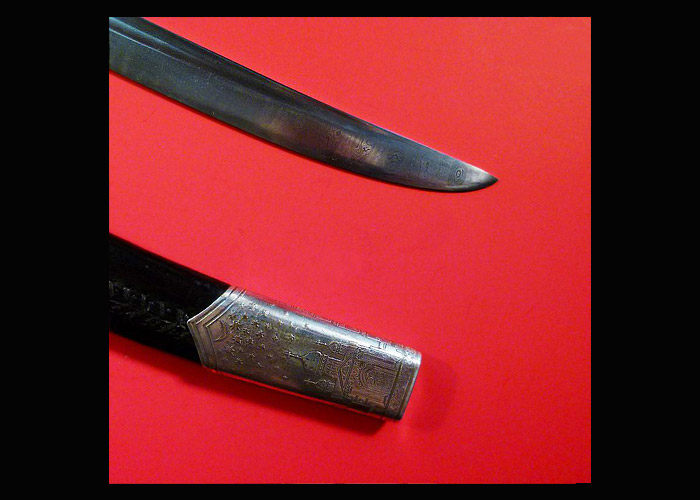